Takii and the Van Gogh Museum are renewing their current partnership agreement for three years. This renewal is due to the successful collaboration over the past three years. Takii wants to remain connected to the museum as a sponsor for the purpose of promoting a common mission: to enrich the lives of people.

The Dutch embassy in Tokyo was the setting for the official confirmation of the renewed partnership between Takii and the Van Gogh Museum. The elaborate ceremony was attended by the ambassador Aart Jacobi, guests invited from Japanese businesses, and representatives from Takii and from the Van Gogh Museum.

Its unique collaboration with the Van Gogh Museum has benefited Takii greatly as regards its ‘Sunrich – Van Gogh’s Favourite’ concept. The extraordinary story of Vincent van Gogh increases the commercial value of the total concept, improving sales as a result. Creating social value also continues to be of great importance for the Japanese breeder of flowers and vegetables.

‘We are delighted to continue our commitment with one of the world’s best classified museums. The points in common between Vincent van Gogh’s iconic sunflower art and our sunflower series are not the only things that bind us. It is also our common mission to enrich the lives of people. Takii’s social objective is to enrich people’s lives with healthy food and beautiful flowers and the objective of the Van Gogh Museum is to organize inspiring programmes, events, and exhibitions. As a partner, our aim is to support them in achieving their mission.’

‘We are immensely proud of the renewal of this commitment. Not only do we share a similar mission, but we also have a similar view of the world. Enriching the lives of people and bringing them beauty is tremendously important to both Takii and to the Van Gogh Museum. We look forward to the next three years!’

Since the partnership was established in 2015, Takii has organized various notable actions as a proud sponsor, such as the sunflower maze, an excursion for elderly people with a disability, congratulating KLM with its Dreamliner, and handing out sunflowers in various locations in the world. The symbolism behind the sunflower (love, hope, and friendship) will continue to play a major role in the planned actions for the next three years.

About the Van Gogh Museum

The Van Gogh Museum in Amsterdam has the world’s largest collection of works of art by Vincent van Gogh, and owns more than 200 paintings and 500 drawings. These include several of Vincent van Gogh’s most famous works, such as The Potato Eaters, Almond Blossom, Sunflowers, and Wheatfield with Crows.

Takii is one of the world’s leading breeders of vegetables and ornamental plants. ‘Creating tomorrow today’ is the leading slogan behind its corporate philosophy. This drives them to create, produce, and distribute high value varieties and provide excellent support to their chain partners. Takii is a market leader within the ornamental plant sector when it comes to sunflowers, canna, and ornamental cabbage. Within the vegetable sector, it is a global player in onions, rootstocks, and cabbage. 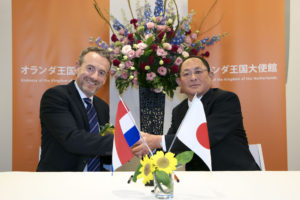 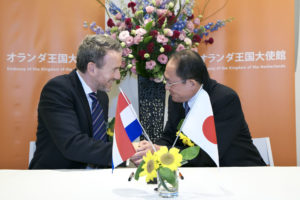 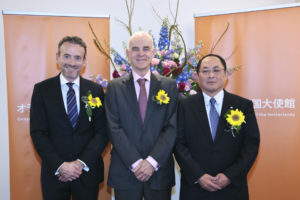 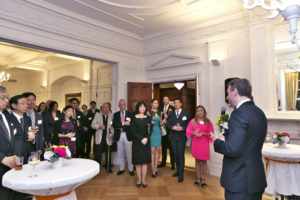